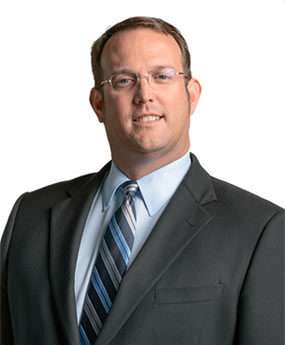 Brian Fratzke is the Principal Broker and founder of Fratzke Commercial Real Estate Advisors, Inc. Brian began his commercial real estate career in 2004 after a 13-year career focusing on Information Technology and Business Consulting Solutions as a Senior Manager for the Ernst and Young Global Account Team to Hewlett Packard based in Cupertino, California 1997-2004.

Brian opened the doors to Fratzke Commercial Real Estate Advisors in September 2007. After spending the next 3 years surviving the Great Recession, Fratzke Commercial was positioned as a small but nimble commercial real estate brokerage taking a consultative approach to delivering excellent service to its clients. Brian focuses on Sales, Leasing, Consulting, and Development of Commercial Real Estate in the Central Oregon Area including Bend, Redmond, Madras, Prineville, Sisters, and LaPine. Brian’s specific areas of expertise include sales and leasing within the Industrial and Office sectors.

Brian is a proud graduate of Oregon State University College of Liberal Arts, 1989. Brian holds the title of Certified Commercial Investment Member (CCIM) held by less than 4% of all licensed real estate professionals in the world. Brian has closed over $300 million dollars in sold and leased commercial real estate transactions in Central Oregon.

Brian is an active member of the Bend community including:

"I have been working with Fratzke Commercial since 2008. In that timeframe they have assisted me in successfully marketing and leasing my mixed use development... continued"
- Dave Hill, Owner, Century Center
All Testimonials
Our expertise is your peace of mind. Call (541) 306-4948